How to reinforce performance expectations with your team? 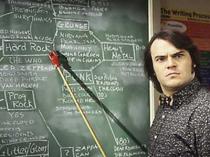 After a recent company reorganization, which resulted in the team losing a few veteran employees and acquiring few new employees, the team started missing important deadlines, and morale had declined. Seeing that situation, the manager of that team (one of my good friend, let’s call him Bob) came to me for some advice. On asking specifics about the situation, Bob told me that his veteran team members have complained to him about the new team members slacking in their work. There could have been various reasons for this situation such as….lack of training, lack of established goals, strained team dynamics, etc. After doing further research, I figured out that the problem was in the fundamentals of how that team was operating. The team had very precise performance standards, but they were poorly reinforced after the reorganization of the company. Thus, in this blog I would like to share my experience on how I fixed that issue, and hence, giving you some insights on how you can reinforce your performance expectations with your team.

Go back to basics: In my example above, Bob had all the information that he needed, but he never gave attention to those. I can understand that. Sometimes, we are so much occupied in the details of the task at hand that we lose the big picture. Thus, I would recommend you to revisit your team’s mission before you take any action. Review any reliable documentation that you have which can confirm the team’s directives. If that document is not clearly stated, then please update that document to make sure that you are clear about what your team must accomplish before you meet with them in-person. It wouldn’t hurt to consult with your manager regarding these priorities, so that you have another person in authority who can confirm your redefined mission, and make sure that you are headed in the right direction.

Meet with your team: Once you have ironed out your team’s mission, goals and specific objectives, now it’s the time to meet with your team. But yeah! DON’T conduct a one-way meeting with your PowerPoint slides. Consider asking the team to give you their ideas about the team’s goals, as it stands right now. In this way, you will be able to understand their point of view, and maybe, find out the reason for team’s deteriorating performance. After the team has shared their understanding of your team’s mission and goals, present them with your version of the goals in a document that everyone can view simultaneously, such as a slide presentation or a paper handout. Compare the team’s version of the goals with your version, and point out any gaps between the two versions. If the team’s version of these goals is reasonably close to your version, consider complimenting them. If they have added a goal or task that you think should be included, but was missing from your version, praise them. While closing, make sure that you reiterate individual team member’s roles and responsibilities, and get their agreement.

Re-establish your goals: Just to make sure that everyone has the same understanding of all the goals and objectives of the team, you need to send a follow-up e-mail after the meeting. Make sure to summarize your meeting with the mission, goals, accomplishments, and responsibilities that the team is expected to deliver. If possible, deliver your message, or messages, in multiple formats, so that everyone receives the content, even if multiple message modes cause some redundancy. Use whatever mode of communication you know will be received by individual team members. Meet with them in person, send them email messages, or place paper documents in their mail boxes. Don’t forget to obtain feedback from individual team members, so that you can verify that everyone on your team has received your message and understands the team’s mission.

Have you ever been in a situation like Bob? If so, what have you done to resolve it?

How to fire someone without getting sued?

Have you ever fired someone? Were you ever in the situation where your employee’s growth was stagnant, and there were no other options other than firing that employee? Well……trust me, this situation arises more often than you would think. So, what would you do in this situation? Let’s say, you went ahead and got rid of the poor performing employee without any prep work. In that case, you might end up like my friend Naveen (changing the name for protecting privacy). Naveen fired his poor performer few months back, and now he is getting sued for ‘retaliation’. Obviously, this kind of examples should not become a roadblock in your job while performing your duties. Thus, I am providing you few tips through which you can fire someone without having the major risk of getting sued.

Give one more chance: Imagine….if you were the employee, who is on the line and about to get fired. Obviously, you don’t want to be in the situation where you think that you are a peek performer and your manager hands you a memo saying… “You are fired”. Thus, I always recommend managers to treat their employees as they would like to be treated. Hence, make sure to give your employee the last fair chance to improve his performance. Don’t just have verbal talks with him, make sure to document this and forward it to HR to put on his file. This will provide your employees with one last chance of improving their performance, while it will provide you with a supporting document, if you ever get prosecuted.

Work by the book: Before you take any drastic steps like this, make sure to read all the HR specific and company specific guidelines. If I were you, I would talk to my HR business partner or company’s attorney before even thinking about this. And before even talking to your HR personnel, I would recommend you to prepare a file which should contain all the documentations showing that you have had communications with your employees regarding this problem (i.e. e-mails, memo, etc.). When you have this discussion with your HR personnel, don’t forget to talk about all the minute details of your employees like his race, gender, recent leaves, etc. I have seen various situations, where employees have sued their employer for firing decision on the basis of their race or gender, and the firing decision didn’t have anything to do with that. Thus, it is better to disclose all the facts with your company’s attorney beforehand.

Have a crime buddy: By ‘crime buddy’ I meant to say, someone who knows the same information as you. In most of the situations, I would recommend you to include your immediate manager or the HR business partner. This practice will make sure that someone will back you up, if there are any legal proceedings in the future. Most of the managers know this fact, but don’t know how to implement this. Here is one tip….have a lunch with your immediate manager, discuss about this issue during the lunch, and then forward all the current documentation to him/her. This will ensure that you are not the only person accountable for this decision.

I hope these tips will help you in the unfortunate situation of firing someone. Let me know, if you have any other ideas through which you can save yourself after firing someone for their poor performance. Thanks. – Bhavin Gandhi