How to become better at listening? 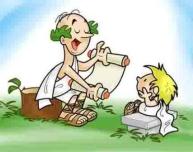 I can’t help but think about one of the meetings that I had a month back. During this meeting, I had to work with my team to create a road map of all the projects that we were going to do after few structural changes that had happened in our organization. It should have been a simple meeting. I should have presented company’s objectives for the next fiscal year to my team and then I should have allowed them to provide their input to create a road map which works for the team to achieve our objectives. It was a very simple task.

Unfortunately, I was unable to get the right answers from my team during that meeting. I am not sure what I was doing wrong at the time, as that meeting was not that productive and I was unable to get anything done. That incident got me thinking about the bigger question. Do I always ask right questions? If I do, then why am I not getting right answers? What am I missing here? What can I do to improve that process? After some analysis and introspection, I have realized that I was not listening to my team while I presented them with our objectives. And hence, I have come up with few practical tips and tricks through which I had improved my listening skills that I would like to share it with you here.

Be patient: In the past, I often fell into the trap of asking bunch of questions, all at once, so I don’t miss anything. Or worst, when someone is speaking, I actively tried to ask them my question right there and then, when they are talking, so that I can clarify things in the heat of the moment. Though this kind of a one-sided question dump had worked for me in the past in some situations, it didn’t provide most of my peers enough time to think and respond. Even though I was getting answers to my questions through this approach, often times I was not getting the right answer or an informative one. And hence, I tried to be patient with my questions during this last month. I also did my research beforehand, and found out what kind of answers I was looking for before asking those questions. I invested some time in noting down my questions while someone is speaking, so that I don’t forget what I wanted to ask, and at the same time I don’t interrupt my peers in between where they lose their train of thoughts. I tried to keep a pen and paper handy or used my OneNote on my phone to jot down any questions that I had, while someone else was speaking. This was one of the most practical thing I could do while listening to others and at the same time making sure that I remember my pointers to discuss.

Let silence speak: Other than being patient during meetings, I have also conducted various other experiments at my work within this past month. One of them being – using silence to speak for itself. When I was in a meeting, I often used silence as a tool to communicate when it was my time to ask questions. It was definitely a game changer for me. When I remained silent for few seconds before responding, everyone’s attention was at me before I even started speaking, and they were listening, yes, they were. I also used silence while asking questions to others. I would ask a question and then take a pause for a while. That approach did wonders for me, as it gave an opportunity to the responder to prepare their response before speaking. Obviously, it took a while before I got used to this practice, but this technique proved to be very helpful. If you want to try this technique then please make the pause long enough for the answerer to think but not too long so it becomes awkward. And while the answerer is preparing for his/her answers, try keeping eye contact, stand still, and try to feel comfortable while you wait. I am sure that you will get responses from people who hardly even spoke in the meeting. Just try it and let me know.

I am hoping that you all learn from my experiences and become better at listening. If you have any other ways through which we can be a good listener then please feel free to share it through your comments here. I would really appreciate your feedback.